100th Anniversary of the Laying of the Cornerstone of Boland Hall 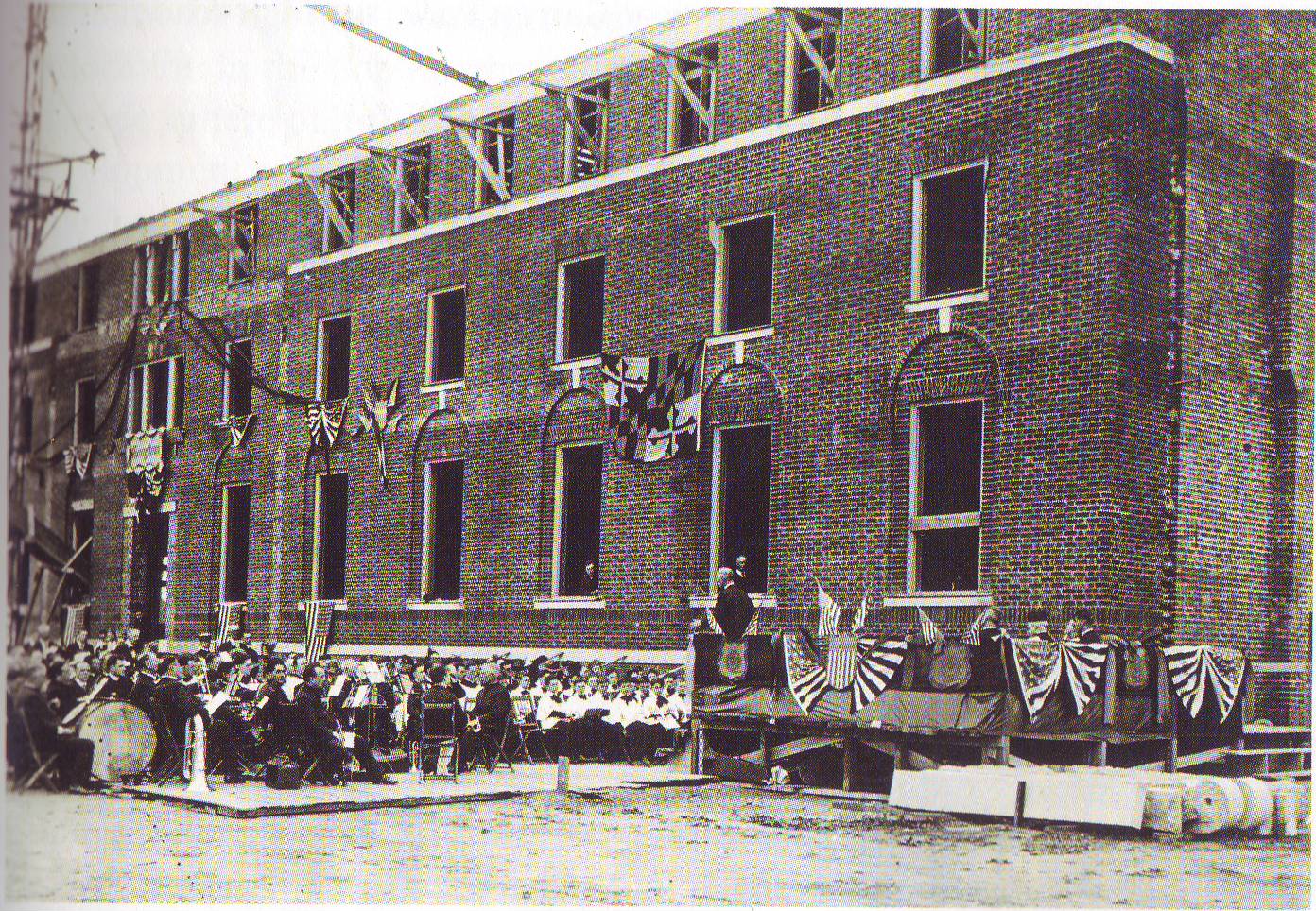 Today, June 9, 2017, marks the 100th Anniversary of the laying of the cornerstone of Georgetown Prep's Main Building, now Boland Hall.

The following is a letter from Rev. Scott R. Pilarz, S.J., Prep's president, and a note from Dr. Stephen J. Ochs, Lawler Chair of History, on the 100th Anniversary of the laying of the cornerstone.

A Message from Fr. Pilarz

Boland Hall has served as Prep's principal edifice for a century. Through all of the physical changes that have occurred on our campus over the past 100 years, the footprint of Boland Hall remains very much the same.

The Main Building has served as our primary academic building, housed many of our administrative and faculty offices, the Robert Southwell, S.J., Library and our South Room. Boland Hall has also served as "home" to thousands of students from across the world, many Jesuits, lay faculty and staff. For a century, this building has been the iconic representation of our great tradition.

The construction of the Main Building was made possible by the generosity of Henry Walters and the five other members of the Class of 1869. A plaque in the building's lobby memorializes their contribution and support of Georgetown Preparatory School: Walter R. Abell (Maryland), James B. Coleman (California), Sands W. Foreman (California), Stephen R. Mallory (Florida), Henry M. Russell (West Virginia), and Henry Walters (Maryland).

On this anniversary of the laying of the cornerstone, we remember the generosity of Henry Walters and all the benefactors who keep John Carroll's 228-year old dream alive today. These occasions can inspire us to cherish all that is happening here in the present and to provide well for Georgetown Prep's future.

A Note from Dr. Stephen J. Ochs, Lawler Chair of History, on the Laying of the Cornerstone of Prep's Main Building

On June 9, 1917, about two months after the United States formally entered World War I, the dedication of the new Main Building of Georgetown Preparatory School took place as part of Georgetown University's commencement week. A "small, distinguished gathering" including the Rev. Alphonsus J. Donlon, S.J., president of Georgetown University, and Henry Walters, railroad magnate, art collector and philanthropist, assembled for a ceremony that the Georgetown College Journal characterized as "democratic" because of the absence of pomp and the cheerful tone of the crowd. Some of those present climbed from floor to floor in the yet unfinished building that nevertheless boasted a roof and cupola and a nearly finished front portico. A procession, led by Gonzaga choristers, and including faculty, alumni, and officiating priests, moved from the south side of the school to its northeastern front. There, after several speeches, the recitation of an "Ode of Dedication to Maryland" by prep student George Abell, and the singing of "Maryland My Maryland," and "Veni, Creator Spiritus," the Rev. Anthony J. Maas, S.J., Provincial of the New York-Maryland Province, solemnly laid the cornerstone. A copper cask had been placed within the hollowed interior of the cornerstone. It contained a parchment listing the date and the names of current officials of both church and state, a collection of newspapers describing activities at both the College and the Preparatory School during the 1916-1917 academic year, some contemporary coins, Catholic and secular newspapers of Maryland, and a copy of the Jesuit weekly, America.

J. Harry Covington, Chief Justice of the Supreme Court of the District of Columbia emphasized in his concluding address that the Preparatory School was built on soil hallowed by the sacrifices and labors of early Jesuit missionaries and "was yet another gift of the immortal [John] Carroll to his native state and as such it was dedicated." The ceremony deeply moved Henry Walters, inspiring him to reaffirm to Donlon his belief "in the great need for this extension of the University" that would provide "for religious training in the development of youthful aims and ambitions." He then helped ease Donlon's worry over spiraling costs by increasing the amount of his gift from the original $80,000 to $130,000.