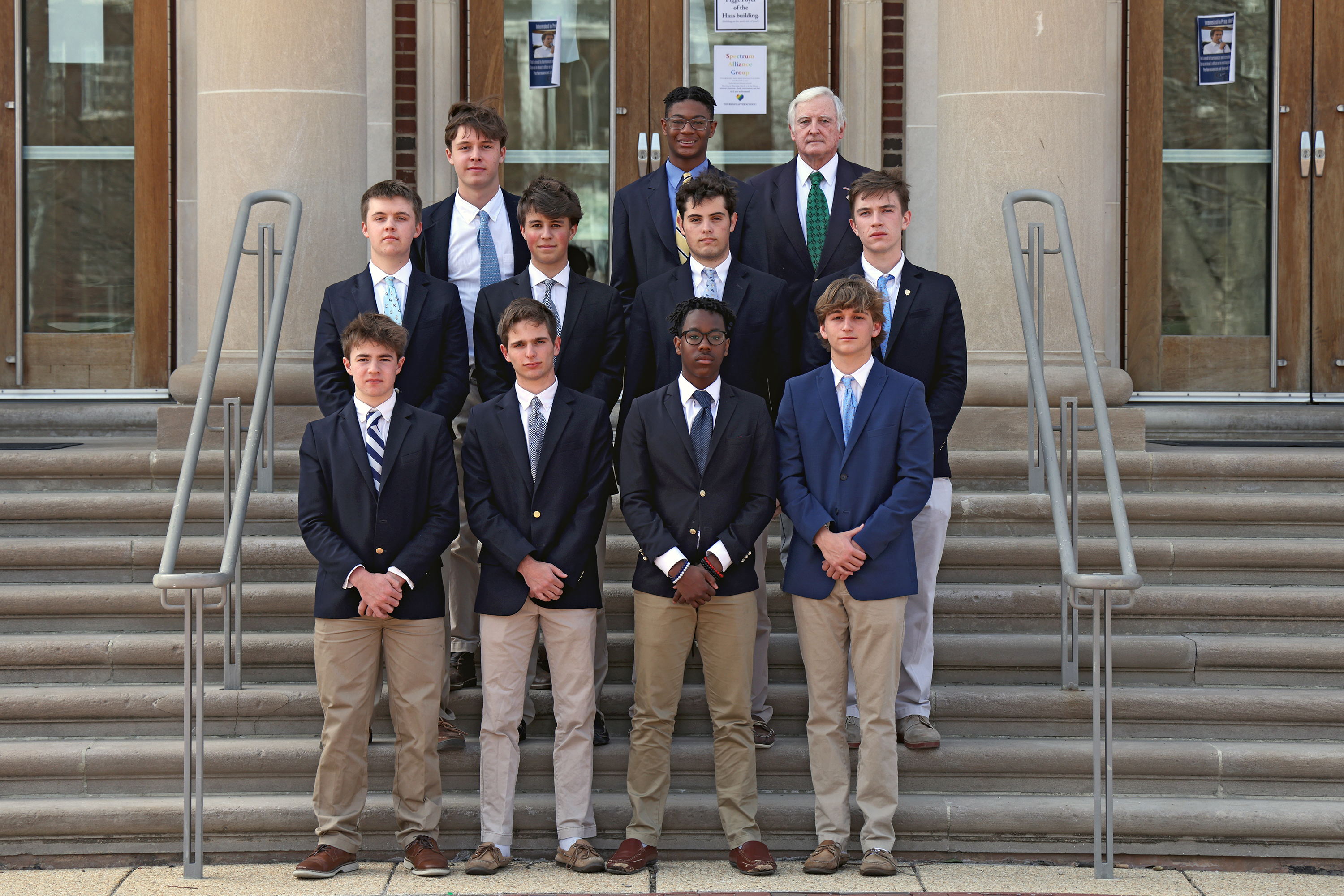 After a few years as JV coach, Mr. Barry took over the Varsity Golf program in 1984. He began teaching at Prep in 1971 and since then he has directed the Prep Players for 10 years, moderated The Little Hoya for 9 years, and served as Headmaster for four years. He graduated from the University of Virginia in 1970 with a degree in English; he played golf for two years. While teaching he earned his Master’s Degree from the University of Maryland in English and Secondary Education.

Since 1984 the Varsity Golf Team has won 24 IAC banners, 22 IAC tournament titles, 11 Metro titles, and six Eastern Interscholastic Golf Association titles. The Washington Post has recognized 26 different Prep players as All-Mets, including four who were selected as Player of the Year. Coach Barry has been honored as Coach of the Year three times. The Golf team has managed an All-Met selection every year since 1985 save one.

64 different players have earned All-IAC honors since 1984. Six individuals garnered accolades four years in a row, and 10 golfers were honored for three years in a row. Also, 16 different winners took home the gold medal for low performance in the IAC tournament.

Coach Barry serves as a rules official for the Washington Metropolitan Golf Association during the summer months. He lives in Olney, MD with his wife, Suzanne. His two sons, Mike '94 and Tom '98, played lacrosse and soccer at Prep. Mr. Barry also serves as the public address announcer for Varsity Football, Basketball, and Lacrosse home contests. He was selected for the Prep Athletic Hall of Fame in 2011.