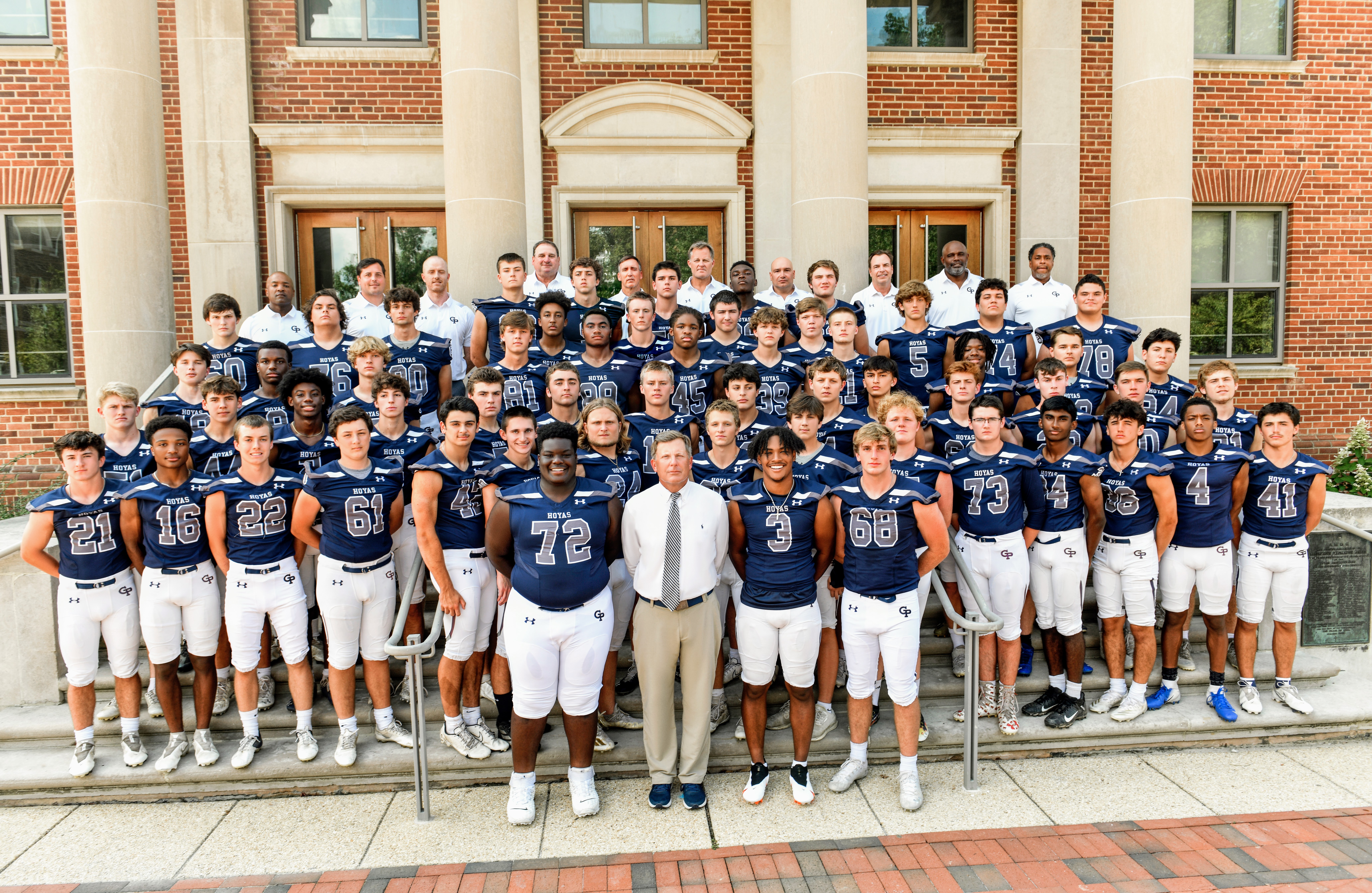 Record: 6-3
There are no events to display

Dan Paro ’79 is entering his twenty-second year as Georgetown Prep’s varsity head football coach. In his head coaching career, Coach Paro maintains a 143-74 record and a 66% winning percentage. He began his tenure on the Prep varsity football staff as the special teams, defensive backs and running backs coach from 1986-1993. From 1994-1996, Coach Paro served as Coach Jim Fegan’s offensive coordinator.

In his thirty-three years as a member of the Prep coaching staff, the Hoyas have won 13 I.A.C. titles and Prep has been ranked top-20 in the state of Maryland 19 times. Coach Paro led the Hoyas to a 30-game winning streak from spanning from 2000-2003. The 2002 varsity football team finished the season ranked number one in the area by The Washington Post.

A 1979 Prep graduate, Coach Paro matriculated to Denison University where was a four-year letterman on the football team. In 1982, he served as team captain and was named team MVP, All-OAC, and named All-American College Sports Information Directors of America. In 1981, he led the nation in punting with a 41.2-yard average while being named All-OAC. He finished second in the nation in 1982 with a 42-yard average. Coach Paro held the OAC record for most consecutive extra points going 57 for 57 in his career as the team’s kicker. He is a member of the Denison Hall of Fame.

After Denison, Coach Paro signed with the Detroit Lions in March 1983. He signed a free agent contract in May 1983 with the Super Bowl Champion Washington Redskins and spent training camp with the team.

He served as a Graduate Assistant and Assistant Football Coach at Ohio University. Coach Paro received a master’s of Athletic Administration degree from Ohio University in 1985. He was a teacher at Mater Dei from 1989-1995 before serving as Prep’s Dean of Students from 1996-1998. Coach Paro has served as Prep’s Athletic Director since 1999. In that span, the Hoyas have won 105 I.A.C. titles across all sports and have won 17 I.A.C. Founders Cups.

Coach Paro and his wife, Lisa, have two daughters and live in North Bethesda, MD.