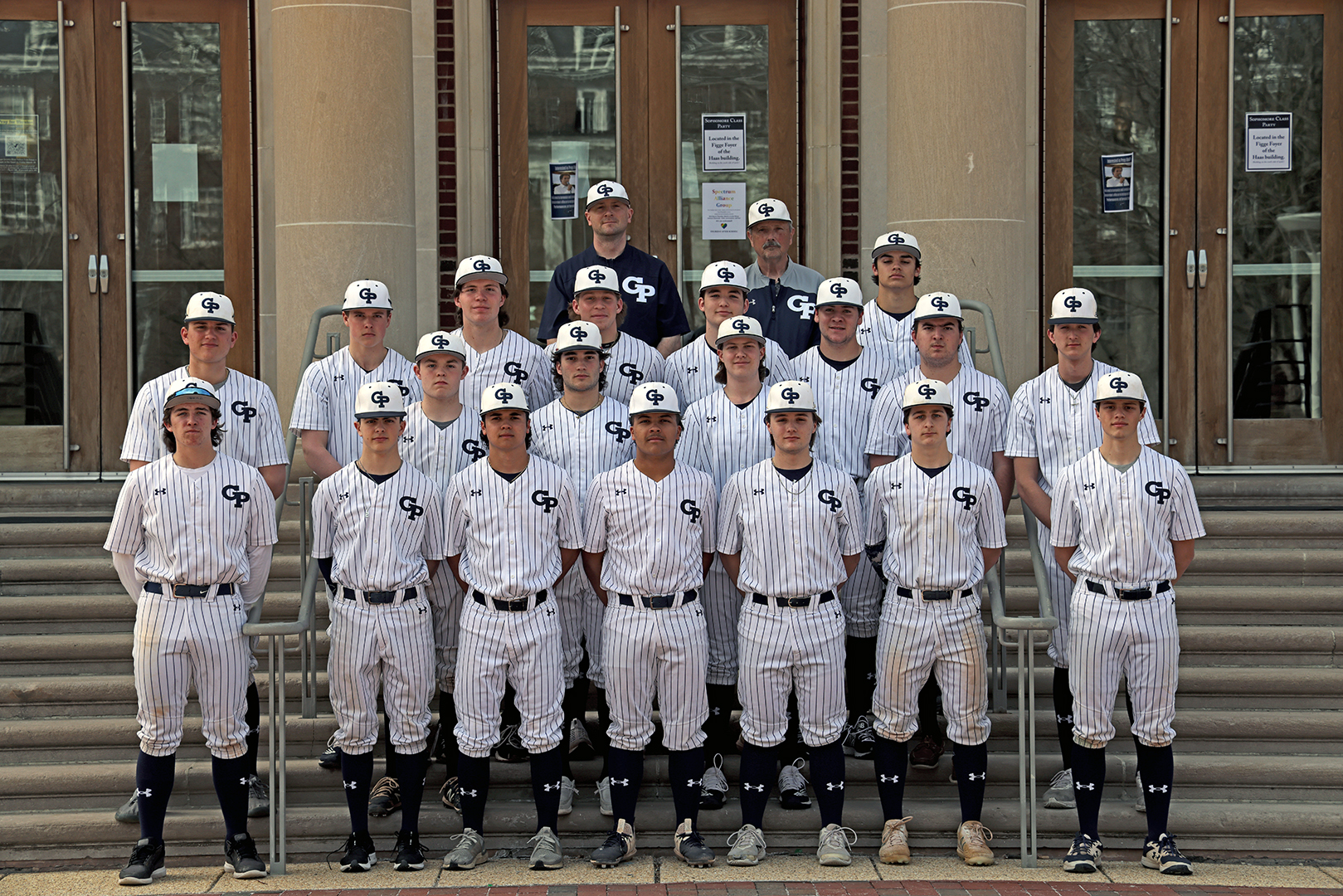 Coach Chris Rodriguez is the Director of Baseball Operations and the School's Dean of Students. Coach Rodriguez has been the program's varsity coach since 2009 and has led Georgetown Prep to a 248-95 overall record- a winning percentage of 72%.

The 2019 varsity team went 31-5 and ranked number three in The Washington Post. The 2021 team was undefeated with a record of 14-0. Coach Rodriguez has coached many players who received Division 1 scholarships, including players who went on to play at Notre Dame, Duke, Wake Forest, Boston College, Johns Hopkins, Georgetown, Virginia Tech, and George Washington.

Before he started coaching at Prep, Coach Rodriguez coached college baseball at Lander University in South Carolina and Old Dominion University in Norfolk, Virginia. At Old Dominion University, he guided the Monarchs to the Colonial Athletic Association championship and a spot in the NCAA Regionals in Clemson, South Carolina. Coach Rodriguez has players currently playing for the Texas Rangers, St. Louis Cardinals, and Chicago Cubs organizations.

As a player, Coach Rodriguez played college baseball at Appalachian State University, where he captured All-Southern Conference honors in his senior year. In 1996, he led all second basemen in the Southern Conference in hitting (.359) and fielding percentage (.980). After graduation, Coach Rodriguez spent two seasons as a middle infielder with the Cleveland Indians organization.

Rob Begin is the school’s Varsity Baseball Head Coach. He is a member of the English Department and works in the Admissions Office. Before becoming Head Coach in 2022, Coach Begin was Pitching Coach under former Head Coach and current Director of Baseball Operations Chris Rodriguez. Coach Begin started at Prep in the Fall of 2009 after he finished his playing career at Georgetown University. During his tenure as pitching coach and as a member of Coach Rodriguez’s staff, the team won over 250 games and had a winning percentage of over 75%. Coach Begin has run the Prep summer baseball team as well as the baseball camps since the summer of 2010. As an educator and coach, Coach Begin’s philosophy is defined by high standards, communication and organization. He hails from Princeton, NJ where he pitched and played outfield for Princeton High School before matriculating to Georgetown University, where he played outfield. He graduated with a B.A in English and a minor in Theology and was a Big East Academic All Conference honoree all four years and a Theta Alpha Kappa member for excellence in the study of Theology. He graduated with an M.S. in Educational Studies in 2015 from Johns Hopkins University. He has lived in the DC metro area for 17 years and currently resides in Washington, DC with his wife, Rachel, and two children, Elias and Emmanuelle.