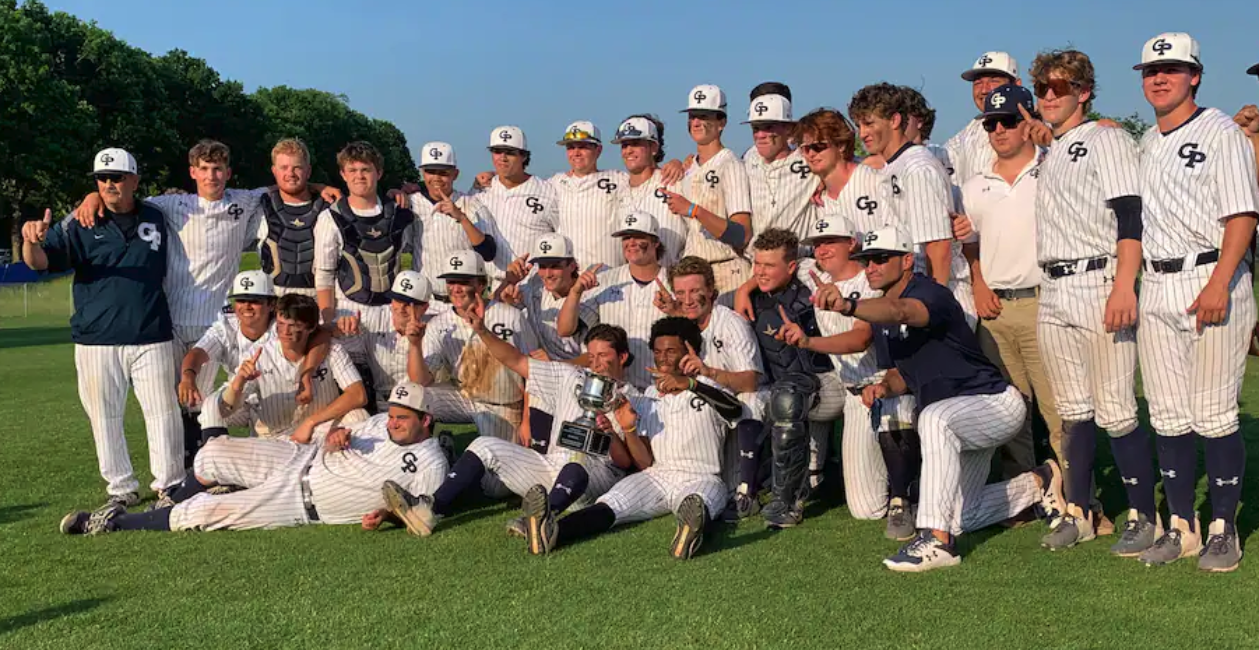 The 2021 varsity baseball team and Coach Chris Rodriguez won the Interstate Athletic Conference (I.A.C.) title on May 25. The Hoyas hosted Landon for the conference championship.

In the conference tournament final against Landon, Tommy Roldan '24 pitched four scoreless innings to pick up his third win of the season. Cian Sahler '21 had two hits and relieved Roldan in the fifth before Teddy Gerkin '22 closed the door for the save in the seventh to secure the 6-3 victory.

After a five run second inning highlighted by a Ryan Maxey '24 RBI double,Tim Nicholson '21 drove in an insurance run in the 6th inning. Nick Graham '21, Will Burgess '22, and Ryan Rodriguez '22 all contributed offensively and Graham was especially stalwart behind the plate.

Follow the link to read The Washington Post's recap.