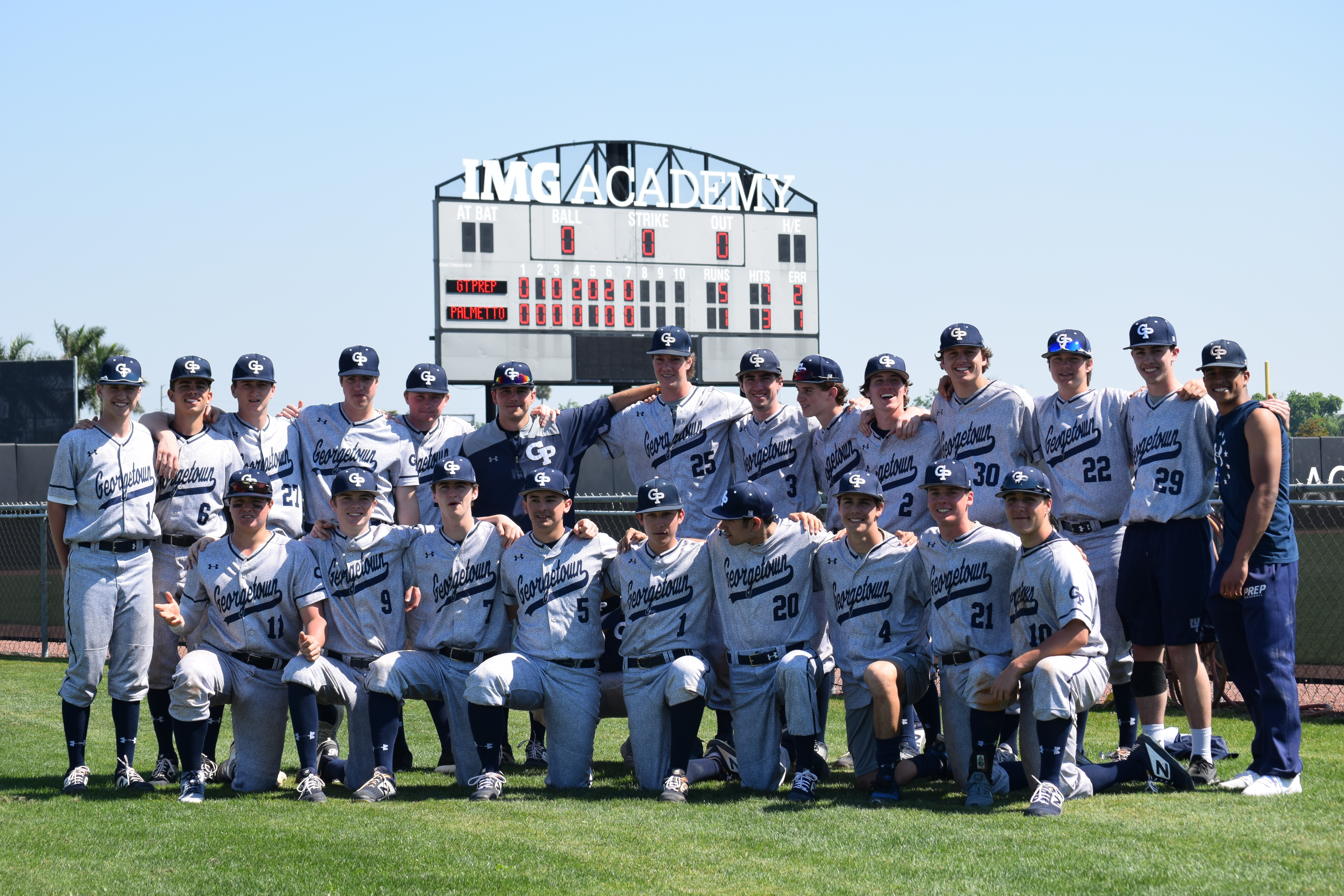 The Hoyas earned the tournament's number one seed and defeated Bullis, 14-0, in the conference semifinals on May 8 to advance to the I.A.C. championship best of three series against St. Albans.

St. Albans hosted a championship series doubleheader on May 11 due to wet conditions on Prep's field. The Hoyas' offense paced the team in the opening game. Travis Rinker '19 hit a home run and Charlie Furlong '19 reached base in all of his at bats. Prep pitcher Ryan Gleason '19 picked up the win and Brennan Lyons '19 pitched in relief of Gleason before Prep scored seven runs in the 6th inning. Prep would go on to win game one, 18-8.

In game two, a first inning RBI single by Rinker proved to be the one run of the game. Jack Flannery '19 pitched a three-hit complete game shutout. With the win, Flannery improved to 11-1 on the mound for the year. Prep would beat St. Albans, 1-0, to win the I.A.C. tournament championship.

Follow the link to read The Washington Post's recap of the championship series.