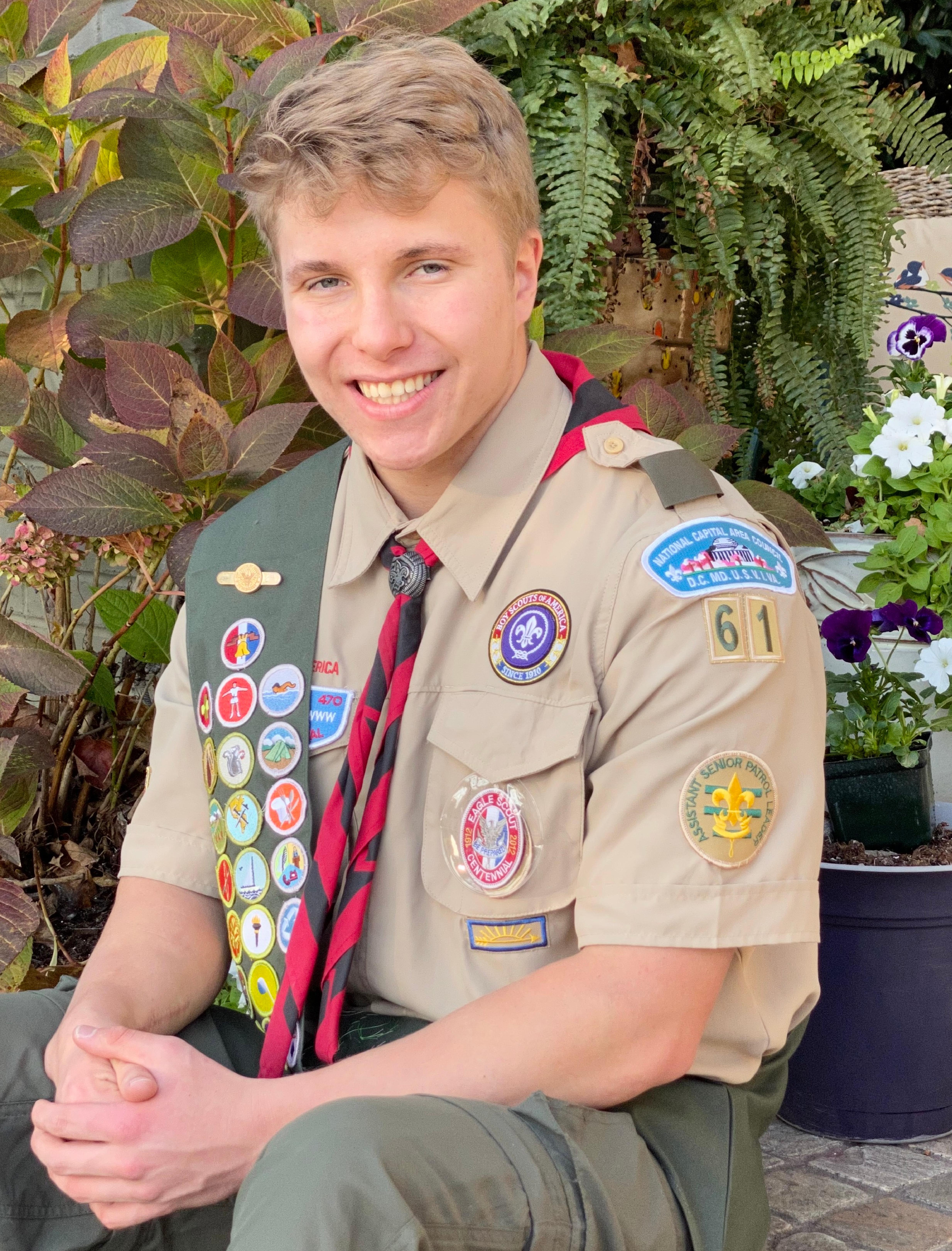 Garrett McCally '21, a member of Boy Scout Troop 61 in Washington, D.C., recently achieved scouting's highest rank of Eagle Scout. He is also a member of the Order of the Arrow, scouting's National Honor Society.

For his Eagle Scout project, Garrett chose to design and build three benches for the sports fields at Georgetown Prep. He completed his project in November 2019 and was awarded his rank the following summer.

Additionally, Garrett was awarded the Boy Scouts of America Community Service Award for his ongoing commitment to public service.