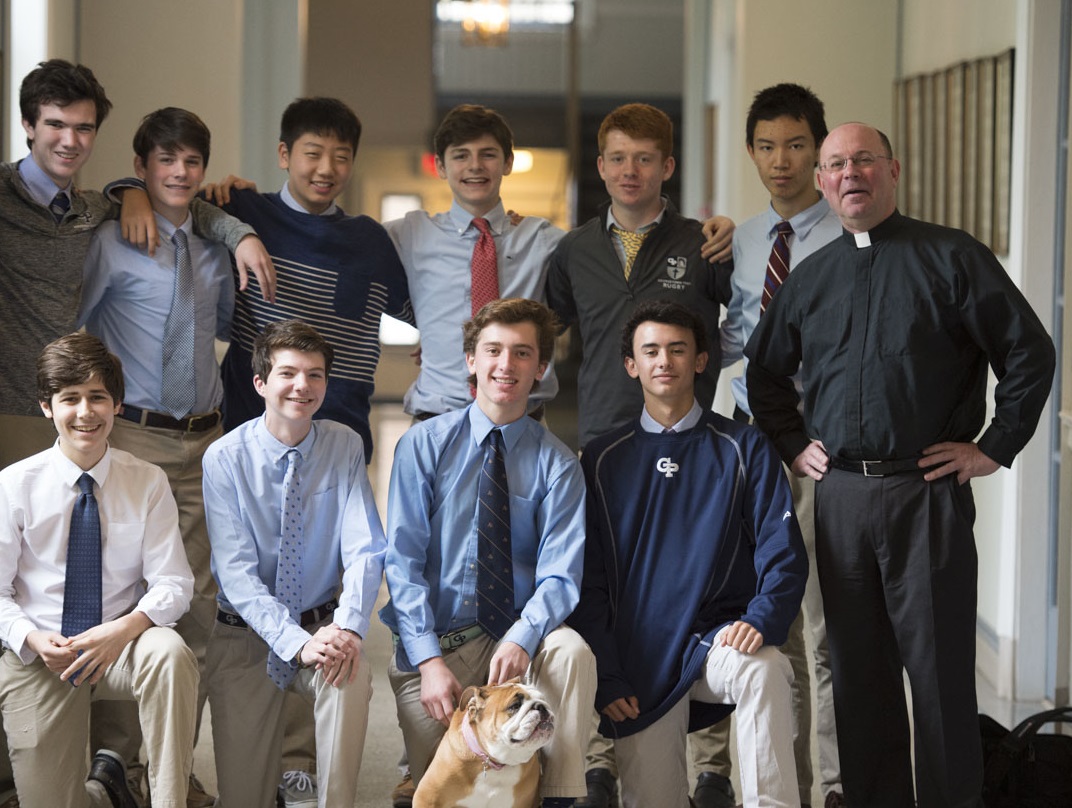 It is Georgetown Preparatory School's sad duty to report the passing of former President, Rev. Scott R. Pilarz, S.J. Fr. Pilarz, 61, died on March 10 in Scranton, Pennsylvania from complications related to amyotrophic lateral sclerosis (ALS). Fr. Pilarz was currently serving his second term as the President of the University of Scranton.

Fr. Pilarz was named President of Georgetown Prep on March 11, 2014 and assumed the office on July 1, 2014. As President, Fr. Pilarz led the celebration of the School's 225th anniversary of its founding, guided the development of a comprehensive strategic plan (2015), and secured the largest gift in the school's history— an anonymous gift of $20 million—and began the planning process for our new Campus Center, Residence Hall, and Athletic Facilities. In addition, he was a fixture at campus events and frequently greeted students on campus on his morning walk with his English bulldog, Jackie.

Georgetown Prep President, Rev. James R. Van Dyke, S.J., noted on Fr. Pilarz's passing, "As our community knows, Scott was a dear friend to me. But he was a dear friend to so many people because he was so generous with his friendship. He loved Prep, and he was always so grateful for all the support that he received from our community. He will indeed be missed, but we should remember that he takes Prep with him to our God."

Headmaster John Glennon Jr. added, "Those of us who were lucky enough to be formed by his friendship know well these words of his favorite Jersey poet and they ring true today:
his faith brought us faith, his hope brought us hope, and his love brought us love. As we mourn his loss, let's remember the advice he so often shared: don't waste love."

Please keep Fr. Pilarz, his parents, Ron and Joan, his sister, Susan, his family, and many friends in your prayers.