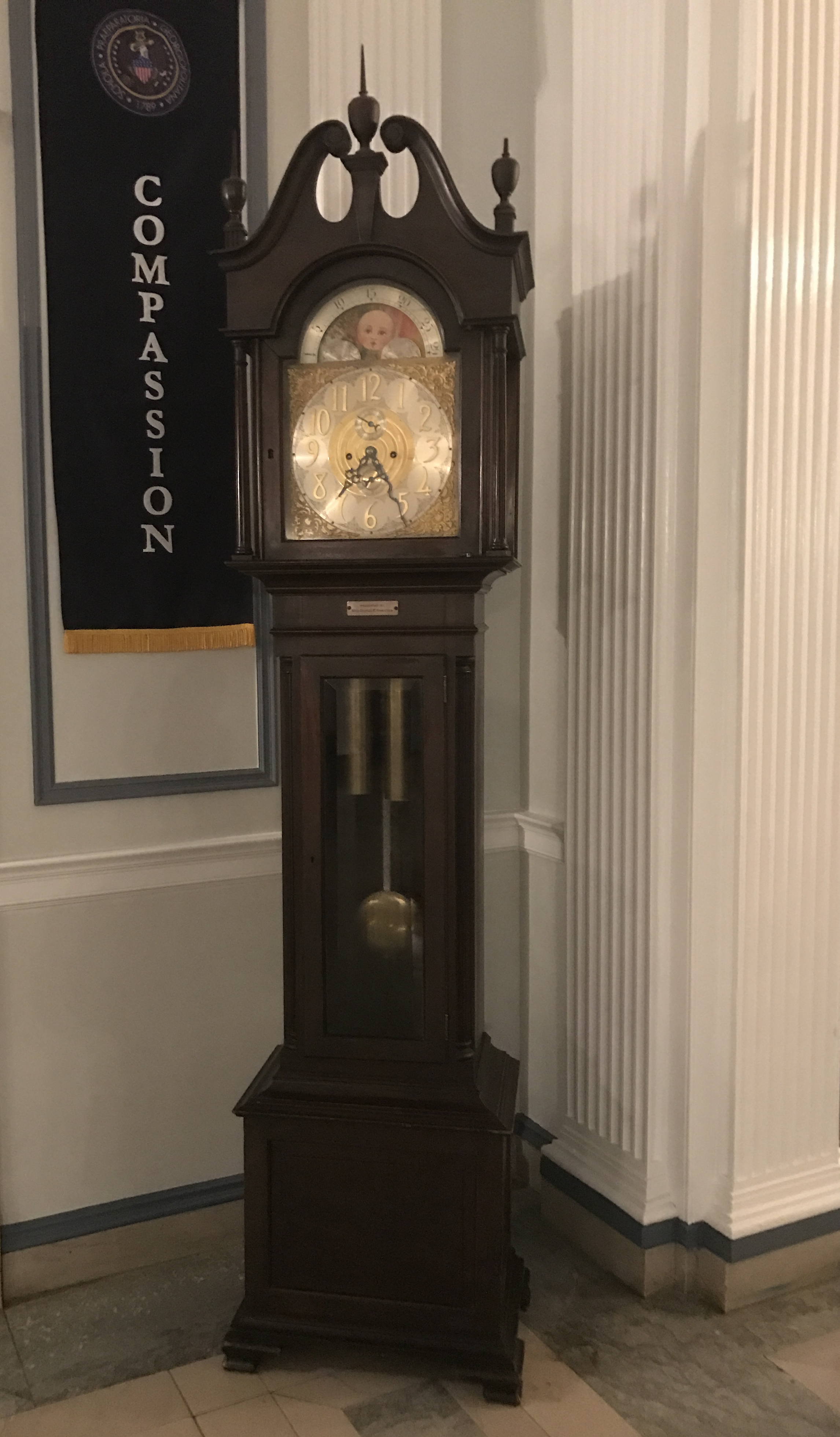 On Saturday, January 10, 1920, a grandfather clock was placed in the northwest corner of the lobby of Boland Hall where it remains to this day.

The clock was a gift of Mrs. Louise Merrick Hamilton, mother of Prep student Fred Hamilton, and wife of George E. Hamilton, Dean of the Georgetown University Law School. The Hamilton clock replaced a grandfather clock manufactured in Boston in 1789.

It had arrived as a gift from Georgetown University on December 15, 1919, only one month before it was relocated from the lobby to the 3rd floor of Boland Hall.

Since that Saturday in January, the Hamilton clock has stood watch in the lobby, quietly marking the passage of time as thousands of boys have become men.