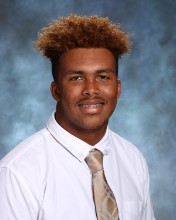 Congratulations to the members of Georgetown Prep's hockey, swimming and diving, and wrestling teams who earned All-Met honors from The Washington Post for their outstanding play this winter.

Kyonte Hamilton '21 was named All-Met Wrestler of the Year and earned first-team honors. For the 2019-2020 season, Hamilton achieved a 51-1 overall record and won the 2020 National Preps Championship for the 220-pound division at Lehigh University on February 22. He won his third individual I.A.C. title. He won the 2019 Beast of the East and Mount Mat Madness titles. In addition, Hamilton won the 2020 Escape the Rock and Maryland State Championship.