By: Bruce Shen '20, Editor-in-Chief of The Little Hoya 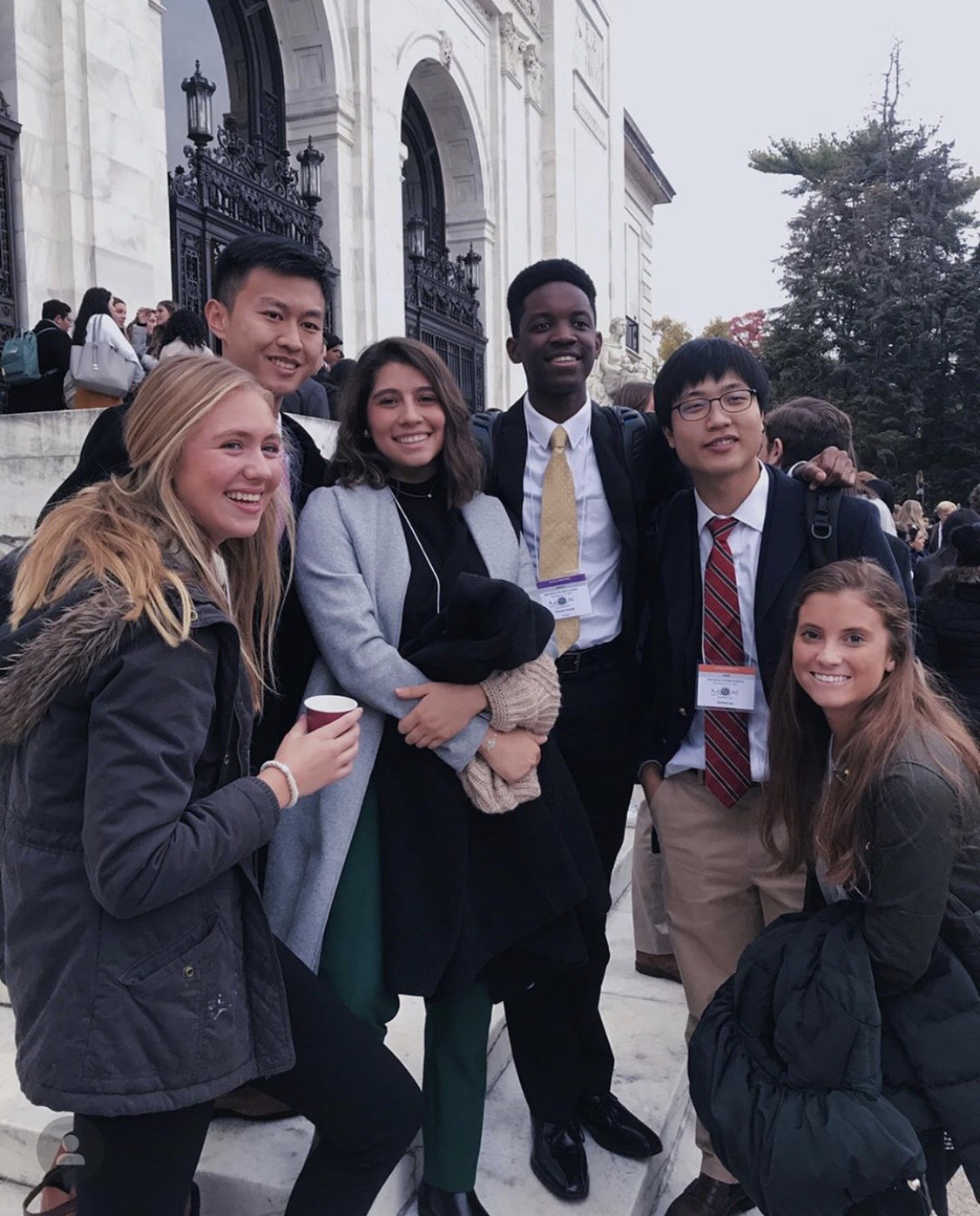 Electoral reform, indigenous rights, multidimensional security -- resolutions addressing these topics were passed around and voted on by a crowd of business-clad delegates as part of the 38th Model Organization of American States (MOAS).

In December, a joint delegation of Prep and Stone Ridge students attended MOAS in Washington, D.C.. A premier diplomatic simulation, MOAS brings together over 300 students from 21 high schools every year, some hailing from as far as Colombia and Ecuador.

Indeed, Prep is no stranger to MOAS. It co-founded the program in 1982 under the leadership of Ms. Rosita Whitman, Director of International Programs, and Mr. Stephan Maczynski, Director of College Counseling. For 38 years, the International Relations Club (IRC) has been participating in MOAS annually.

A three-day conference requires months of rigorous preparation, according to Chris Khoury '20, a veteran IRC member. Every Wednesday, IRC members meet in the MacKavanagh basement to research and write position papers. Students also meet with Stone Ridge delegates on Sundays, when they run mock sessions to practice parliamentary procedures and debate draft resolutions.

Mr. Jeremy Hoover, who competed in collegiate model UN, has been coaching the IRC for four years, and told The Little Hoya, "I was very impressed with this year's MOAS delegation. They may not know it now, but the research and debate skills they are learning will benefit them for the rest of their lives."

While the 2019-2020 season schedule is not yet set, the IRC is hoping to compete in the Ivy League Model United Nations Conference (ILMUNC) run by the University of Pennsylvania in January, and return to the Model Arab League at Georgetown University in April.

Though diplomacy is no easy task, it seems certain that Prep's IRC is poised to dominate more conferences to come.