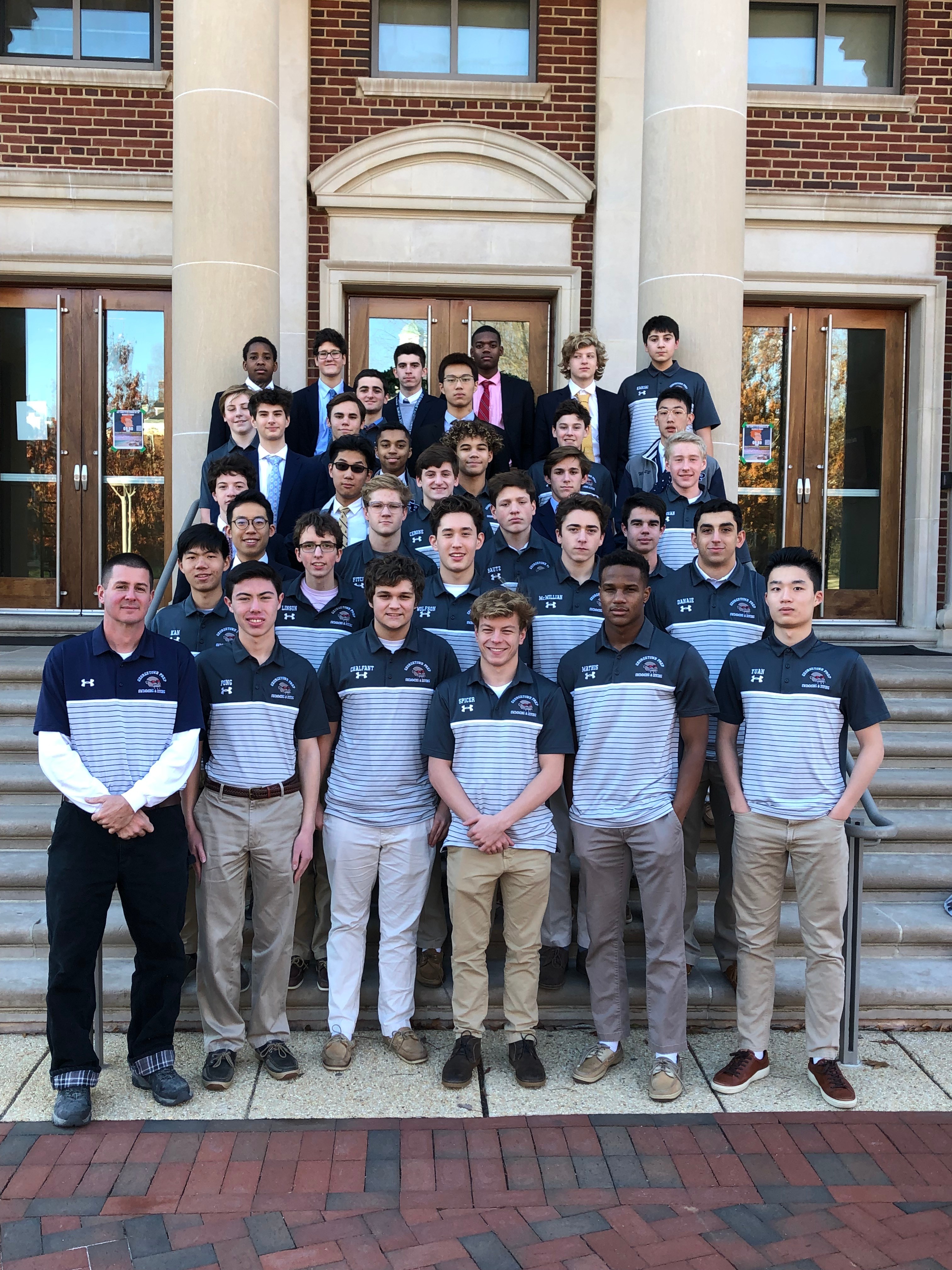 Congratulations to the members of Georgetown Prep's basketball, hockey, swimming and diving, and wrestling teams who earned All I.A.C. honors for their outstanding play this winter.

The varsity hockey team won the I.A.C. regular season championship and were runner-up in the I.A.C. tournament. Prep finished their season with a 13-5-1 overall record.

The varsity basketball team finished their season with an 8-16 record while the varsity wrestling team placed third in the I.A.C. tournament.

Kyonte Hamilton '21 won the 2020 National Preps Championship for the 220-pound division at Lehigh University on February 22.

Photo above is the 2020 I.A.C. Swimming and Diving Champions.